There are very few products that come around and revolutionize an industry. Tentacle Sync has done that with their lineup of Tentacle Sync Boxes. The Tentacle Sync E is no different, and it packs a ton of features that makes it a go to choice when grabbing for Time Code devices during production.

Tentacle Sync E is built on the idea of providing you with an easy to operate and reliable timecode and sync tool that works in nearly any kind of setting. No matter how small or complex your shooting challenge is, the Tentacle Sync E is the right companion for your creative task.

First off, the Tentacle Sync E is extremely small. I come from the era of Denecke SBT-2 and SBT-3 boxes. Compared to those puppies, these are tremendously small and even lighter than they look. 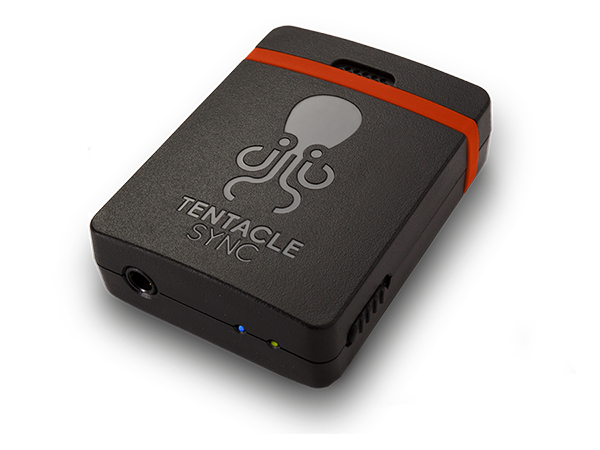 There are very few switches or ports on the Tentacle Sync E.

is a power switch to power the device on, two LEDs that indicate the status of the device, and a 3.5mm jack that allows the Tentacle to either jam or be jammed.

No More Batteries Being Wasted

One of the greatest features is the built-in battery. Since the Sync E uses Bluetooth LE (low energy), which means the battery will last around 35 hours. If for whatever reason you forget to charge the device, it can be charged via a USB Bank Charger like this quickly. A 15-20 minute charge can get you to lunch where you can charge it for the rest of the day.

One of my favorite things about the Sync E is the fact that it can be controlled via their mobile app in the field.

SYNCING DEVICE FOR ANY VIDEO SHOOTING

Monitoring. Tentacles don’t have a built-in display – and that’s just how we like it. The best user-interface is your phone. Use it to monitor and setup your Tentacle Sync E with a frame-accurate timecode display, without the need for any additional expensive equipment.

Accuracy. Tentacle’s sync algorithms allow you to monitor your Octopodes with frame accuracy via the Tentacle Sync app.

Future-proof. Every Tentacle acts as a master and broadcasts timecode independently via Bluetooth. Almost every mobile device can make use of this timecode, opening up a whole world of seamless connectivity sync network without needing any new technology – straight out of the box.

Another beautiful thing about Tentacle Sync is their vast assortment of Time Code Cables that allow the Sync E to jam any camera out there. They are beautifully built and

Another great feature that Tentacle Sync never disappoints when manufacturing is with their camera mounting capabilities. All the Tentacles have built in velcro which allows these devices to allow quick and easy attaching to cameras in a pinch. The Tentacles even come with smaller pieces of soft velcro so you don’t have to run out and get your own.

Next, there is a clip that ensures the time code cable never pops out of the tentacle when in use. I have worked on countless shows where the camera department will disconnect the tentacles to make room for other things without even letting the sound department know. This little accessory helps stop this horrible habit dead in its tracks. 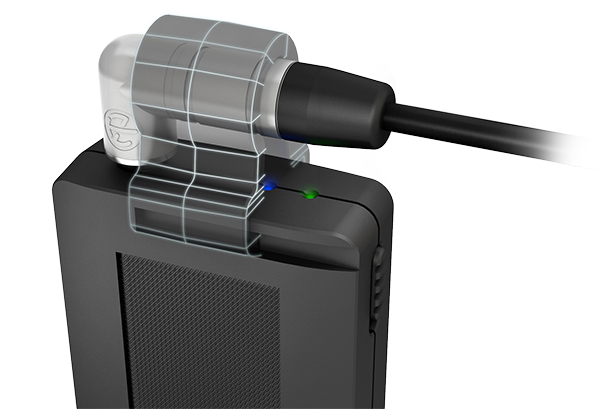 When purchasing, there are two different versions you can pick up:

When your production day is finished, the next step is to import all of your audio and video files into their standalone Tentacle Sync Studio. This program creates easy to use sync maps that allow editors to begin editing right away.

This device will sure to make your camera department asking for Tentacles, rather than Time Code! 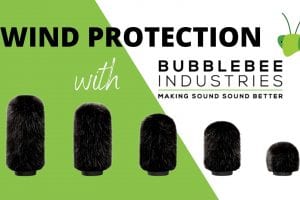 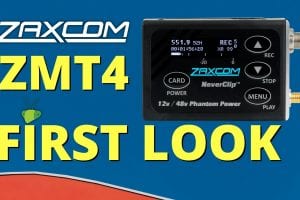 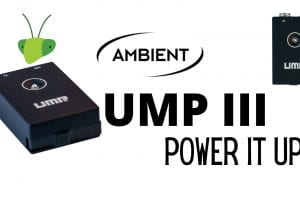