Home » Blog » How does a Satellite in Space and a Dish Time Code Box Really Work? 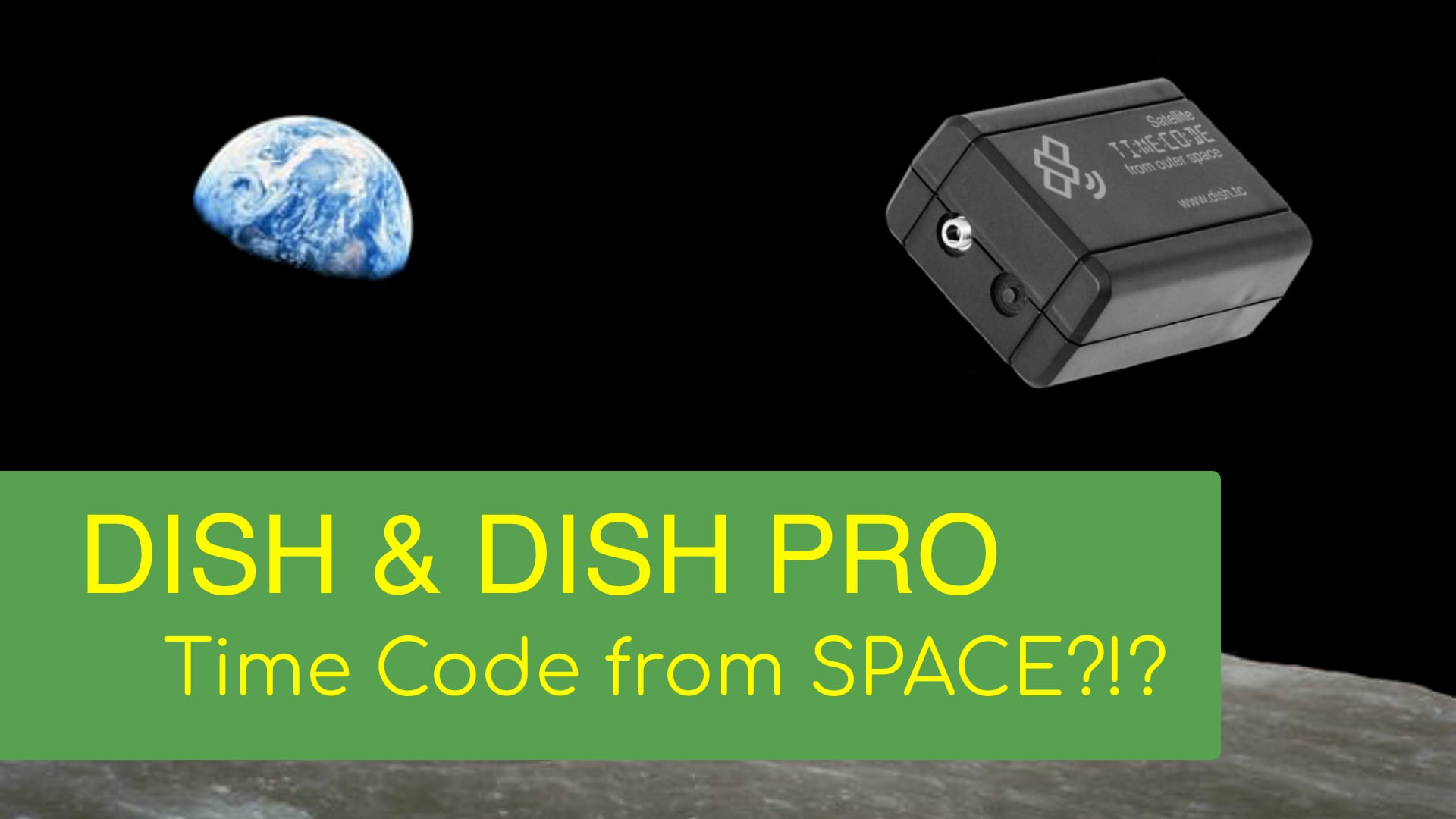 Picture a time code box that jams itself and never needs to be re-jammed. Sounds futuristic, right? Well, not anymore, thanks to the Dish Time Code Box lineup.

These Time Code Boxes are different than any other Time Code device on the market because they get its signal from satellites with high precision clocks in outer space. 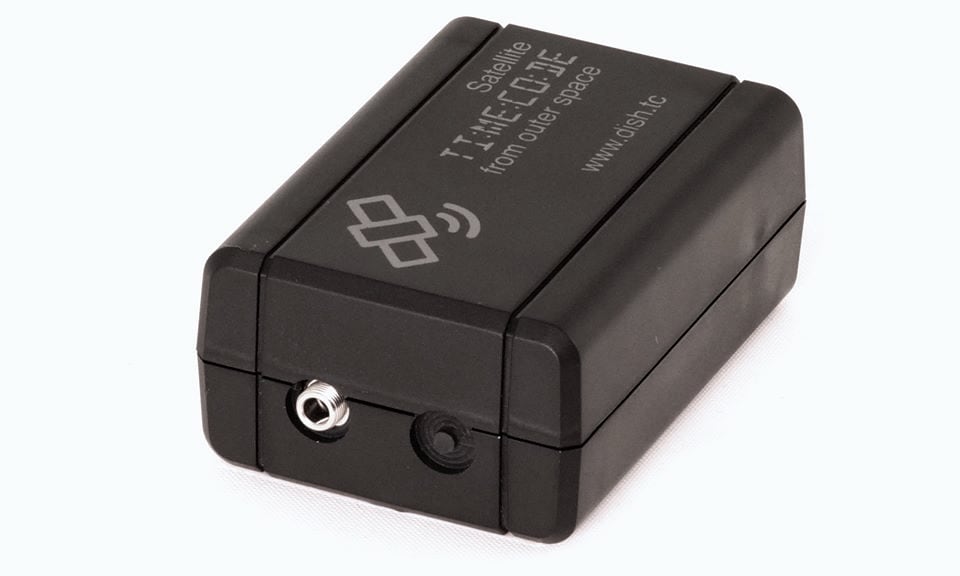 How is Dish Different?

Besides the cool space part? Simple.

Dish Time Code boxes don’t need to be jammed. They don’t need to really be checked either. There is no re-jamming, or wondering if you accidentally forgot to jam a box… All that goes away.

These devices use public radio signals from atomic clocks to embed precise timecode into our cameras and audio recorders.

Since the satellites and the powers at be are so accurate, it allows us production folk to reap the benefits of their insane accuracy.

When it comes to operation, it is as simple as turning it on and waiting for the LED to blink green. It usually only takes a few moments. Then, connect the Dish to the camera’s time code input.

The Dish is a device that doesn’t really drift. It can’t. It is always re-jamming with the satellites to stay in constant sync.

The amount of drift, if any, would be minuscule and fixed immediately never causing an issue. 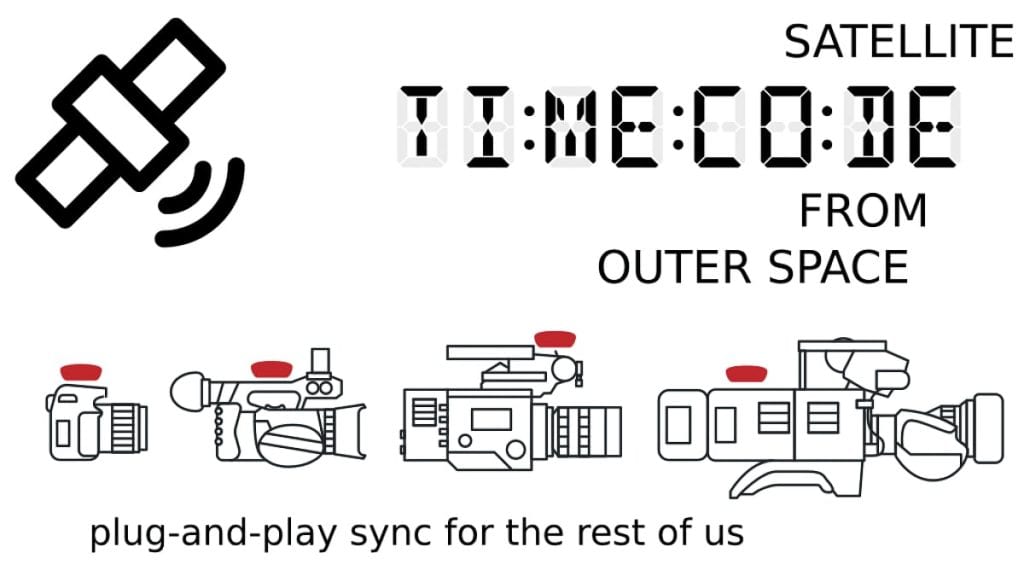 The satellite signal is accurate to about 60 nanoseconds. By comparison, a 30fps frame is 33 milliseconds long. Satellite timing error is one half-millionths of a frame.

But what if I am working underground or can’t get a signal?

If the Dish needed to be used in a mine shaft or somewhere that it simply can’t get a signal from satellites, it will be able to run on its own internal clock and report accurate timecode.

The built-in TCXO clock keeps accurate time between signal acquisitions. This means you need to turn on the device when you have signal BEFORE you go in your mineshaft or to the center of the earth.

Ok, but seriously, why is there no screen?

I know. Weird right? How confident a little box needs to be to eliminate the screen entirely from the device. Must not want you to deal with the little things that might mess up your shoot and the post process.

The Dish and Dish Pro ONLY run on UTC. All Dishes everywhere in the world report the same time-of-day timecode, in UTC (more specifically, in International Atomic Time).

This means that you don’t have to worry about the devices not being in sync when they are on, because they are in sync as soon as they are turned on.

There are no settings to change.

The basic Dish comes with a stereo mini out that allows it to connect with any camera on the market. Using either adapter cables, or plugging a stereo mini cable into a DSLR camera will send an audible time code stripe to the camera.
This stripe sounds very weird to anyone that hasn’t heard it before. Every time it ticks the numbers are being incremented in the stream. 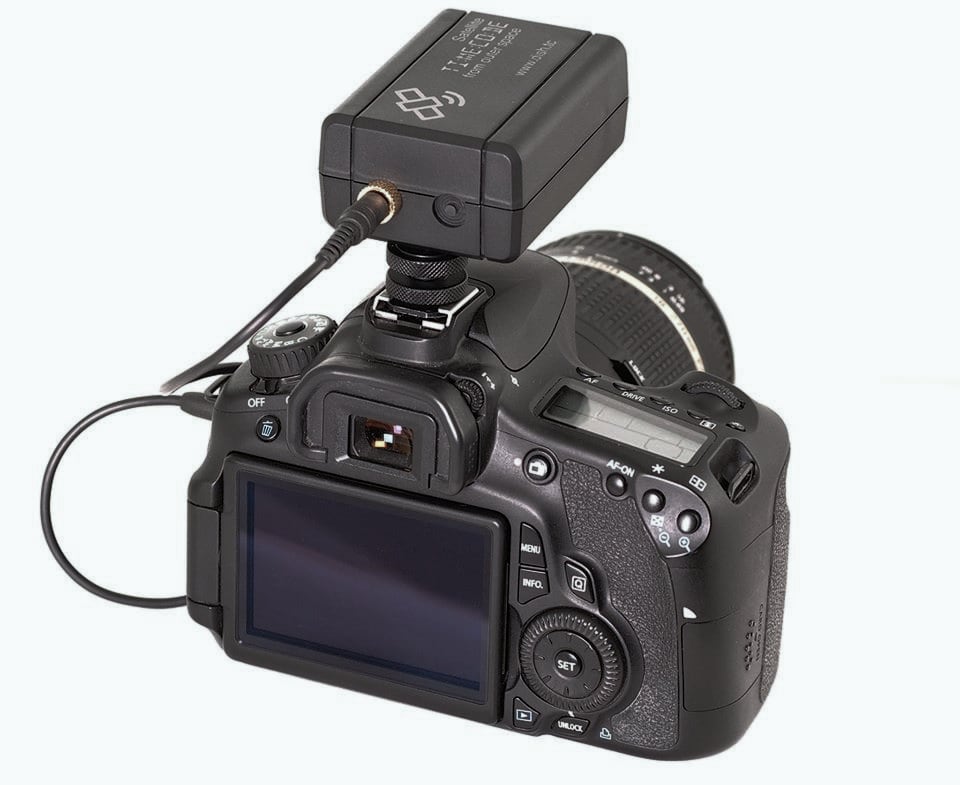 Scratch Audio with the Dish

Many DSLRs disconnect onboard microphones for capturing ambience in the field. IF you plug something into the microphone input on the camera, however, it will kill the microphone on the DSLR in favor of whatever is plugged in externally.
Because of this, the Dish has its own internal microphone that can be used to send scratch audio to the camera. Because there are two channels of audio on these types of DLSR cameras, the Dish will send Time Code to the Left and Scratch Audio to the right. 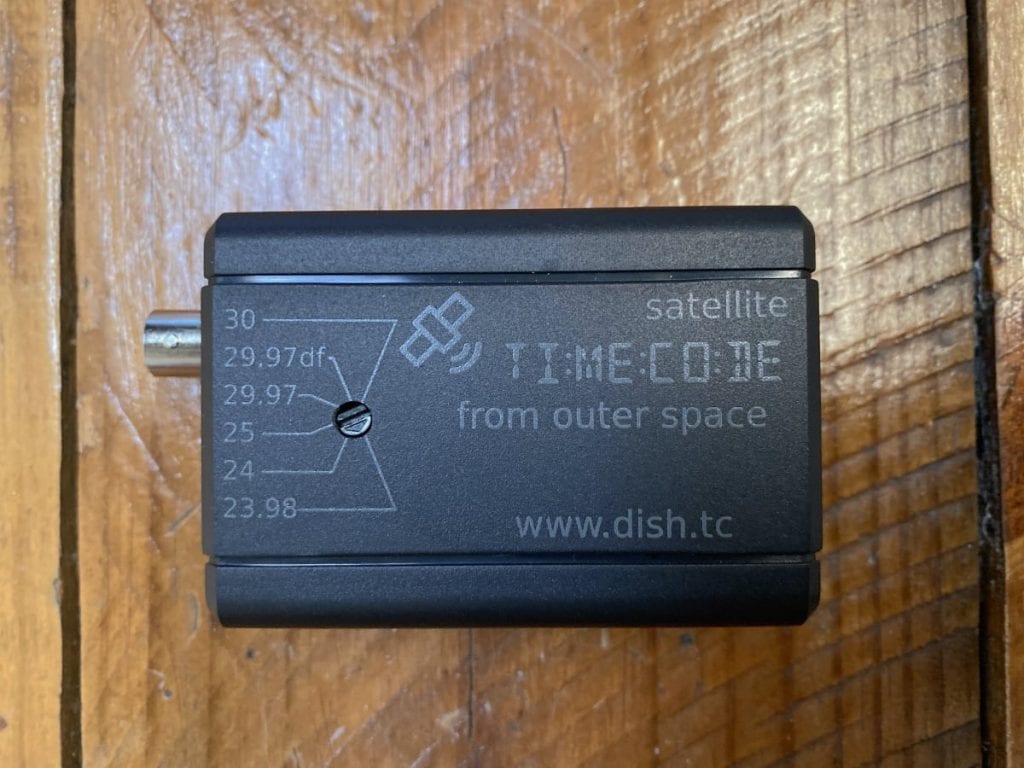 The Dish Pro unit offers a BNC port as well as the selector option to change the frame rate. This allows you to plug the Dish into professional cameras with BNC inputs. On these jobs, you will need to adjust the frame right to the correct time of the shoot.

I had the opportunity to speak with a good friend of mine, Paul Katzman, who has been a long time advocate from when the Dish Time Code boxes were on Kickstarter

” They are really great. You turn it on and you are good to go. Just make sure to select your frame rate and connect it to your device devices that require time code. It has interesting applications for pro-level usage with crews that are spread out and cannot take a time code feed at the beginning of a shoot.

It is also a huge ally for people that are not 100% time code savvy. There is nothing to screw up. Turn it on, it blinks green, and you’re good!” 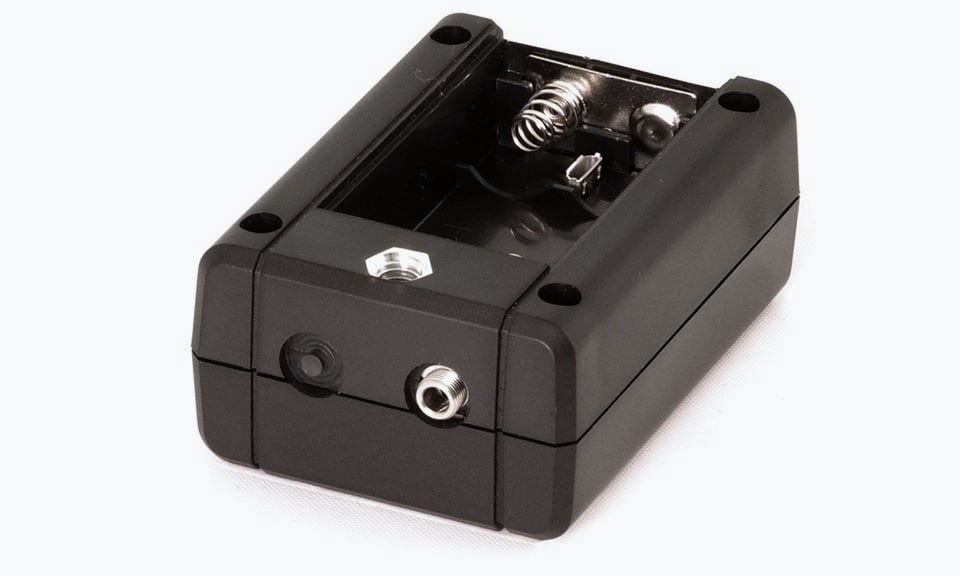 The Dish and Dish pro work on AA Batteries. This allows you to use whatever capacity batteries you need for your shoot. A pair of fresh, high-quality alkaline AAs will lasts about 40 hours of run time. Lithium Energizers will easily go 2 days.

We recommend getting some recommend rechargeable NiMH AAs which will easily get you through your shoot each day.

One big advantage of AAs is that you can always replace them. If your PA forgot to charge the built-in lithium, you’re out for half a day.

When is it too good to be true?

Satellite signals cannot penetrate underground or underwater. Additionally, US export regulations restrict satellite receivers over certain altitudes and over certain speeds. So if you’re shooting on a nuclear submarine, or in a missile silo, or on a missile in flight, Dish can’t get accurate time.

Sounds like an interesting shoot! Make sure you turn your Dishes on and get a signal before you go underground. Your Dishes continue to run on internal TCXO clocks. Your Dish will tell you if it drifts enough to need a re-sync with the satellite.

A few years ago, Tentacle Sync really stirred the pot with their bluetooth sync modules. This proves to be an entirely different way of doing time code.

What do you think about the Dish Time Code boxes? A new way to do things? Or is it just another gimmick? 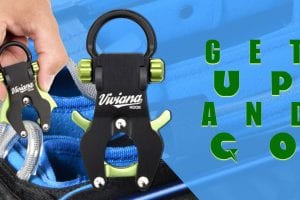 Get Hooked on the Viviana Hook 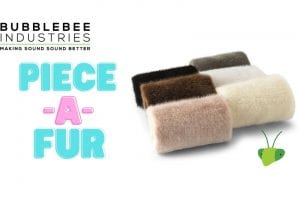 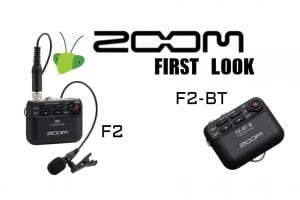