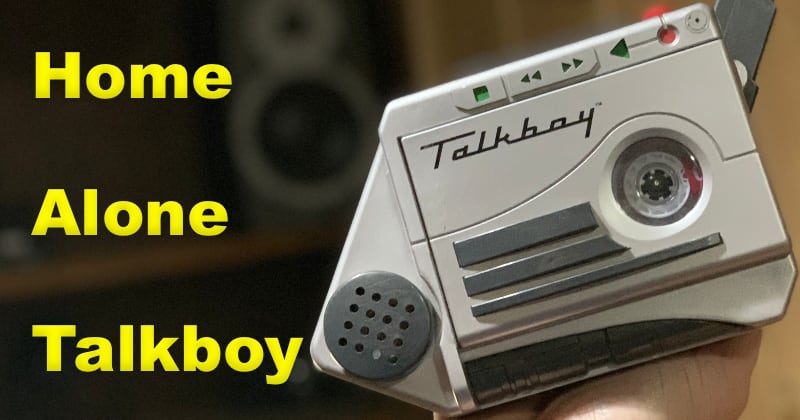 The Home Alone Talkboy Recorder was my favorite toy – for real! I still have it, and guess what? It still works almost 30 years later!

Like everyone else at the time, I grew up watching and loving the Home Alone franchise (which I hear is being rebooted?). Who wouldn’t love that movie?  Friends and family even razzed me a bit because they believed I looked a little like Macaulay Culkin. One of these days I hope to get him on the show!

You can be the judge..


You may be asking yourself why I  would bring up such an interesting reference when this website is all about production sound.

In Home Alone 2: Lost in New York, Kevin McCallister (Macaulay Culkin) uses a sound recorder that was made specifically for the movie.

This was an incredibly popular toy from back in the day. It’s getting harder and harder to find. It could be due to the fact that most people have mobile devices that can record audio way quicker and cleaner than this guy every could (not to sell it short)!

What Came First, The Talkboy or the Movie?

The Talkboy is a portable variable-speed cassette player and recorder manufactured by Tiger Electronics (now owned by Hasbro) in the early 1990s.[1] It was originally conceived as a non-working prop for the 1992 movie Home Alone 2: Lost in New York, used by the main character Kevin McCallister (Macaulay Culkin). A fully working retail version based on specifications provided by director John Hughes and the movie studio[2] was available at Toys “R” Us on November 20, 1992, the day Home Alone 2: Lost in New York was released nationwide in the United States….The original model consists of a battery-powered handheld cassette player/recorder with an integrated monophonic speaker, grip handle, and an extendable microphone. The main controls are similar to other portable cassette devices, with play, stop, fast-forward, rewind, and record functionality.

In the movie, Kevin uses the toy to trick people using its “slow mo” effect that allows the recorder to play back in slow motion, which makes the voice extremely low,  sounding like an adult male.

One of the funniest scenes in the movie is when Kevin tricks the hotel reservationist to book a room for him by using a simple audio effect!

The Talkboy Recorder toy is a simple cassette recorder that allows you to record onto audio cassettes. It records in mono and then simply slows down the mechanics to play the tape across the playback head of the Talkboy slower than normal speed. When the Talkboy plays back slower it causes the audio to pitch down and play back funny like in the video above.

I loved playing with the toy as a kid! Who didn’t?

So, Who Mixed this Incredible Movie? A Shout Out

Before we go, I would love to give a shout out to the late James R. Alexander, who was production sound mixer for both movies. I never had the opportunity to meet him in person or interview him before his passing. James, know that your work lives on every year when we collectively re-watch these iconic holiday movies. Thanks for doing such an incredible job!

There is one thing for sure…

It seems like these toys go for a pretty penny on Amazon. I, for one, will never sell mine. You never know when I might need it on set as a backup! 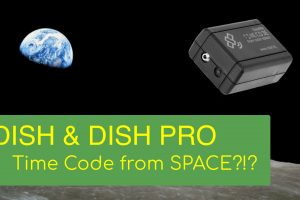